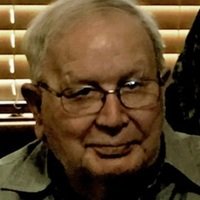 Mack Terry went to his heavenly home on June 8, 2022. Mack was born on April 2, 1938, to Wade and Juanita (Hooter) Terry of Post, Texas. Mack spent his entire life on the farm which he loved very much. He graduated from Post High School in 1955. He married his high school sweetheart, Jane Ballentine,  on December 11, 1955. He was a member of the Graham Chapel Methodist Church where he served as Sunday School Superintendent and later as Chair of the Board of Trustees. He served on many boards during his lifetime: Post Stampede Rodeo Association, Close City Co-op Gin, and Garza County Livestock Association. His hobbies were collecting knives and toy John Deere tractors. Mack loved his family and enjoyed doing things with them. He loved farming and did so until a stroke in 2009.

Interment was in Terrace Cemetery Monday, June 13, 2022 followed by a memorial service at the Graham Chapel Methodist Church.